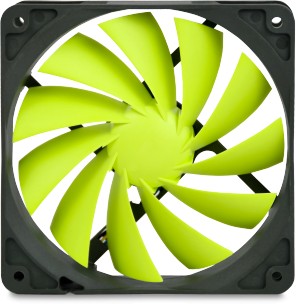 The new hydro-dynamic bearing ensures whisper quiet operation and even better longevity, which is backed up with a massive 60 months warranty. No matter where in your system you plan to install these fans, you can be sure the SWiF2 series provide an exceptional noise to performance ratio that you would expect from Coolink.

Having to run three of these of my power supply I got to say I’m a little disappointed. They produce a good result airflow wise, but is a little noisier than I had hoped for.

Truly silent for me...

If you buy one you will be back for more for the rest of your computers inside a week, I was! Using mine as inlet air over passive graphics card / northbridge areas.

If run on a controlled fan header, it ran down to 450rpm too.

“I received the product”

“I received the product”